I met together with Lea again last monday for some girl bonding time. We decided to eat lunch at Little Tokyo.

First spot on the rosters of restos there is Hana. 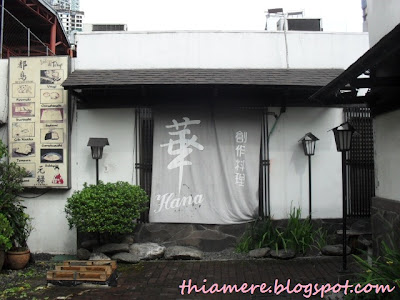 The resto is actually pretty small, but it has that real japanese feel to it. 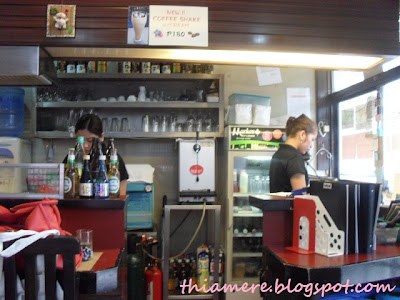 It even has that nice sushi bar! 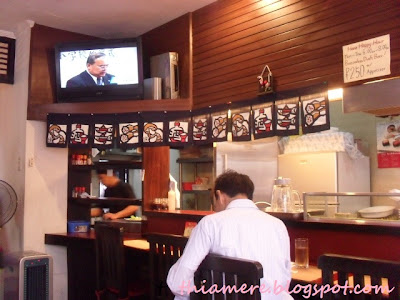 We were just talking while waiting for our orders. We ended up with almost the same order, tempura udon, but the waitress suggested if i want soba just to make it different & i said ok. 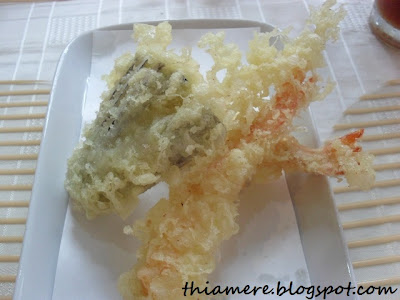 There's really a difference when you eat tempura at an authentic japanese restaurant compared to ordinary japanese fast foods. Tempura in regular fast foods are just fried shrimp covered in batter. Tempura here is way way beyond those bland ones that you order somewhere out there.

It's juicy & a bit sticky on the inside but crispy & light on the outside. Ah.... i have to go back if only for their tempura! It gave me a taste of what seafood heaven is like! 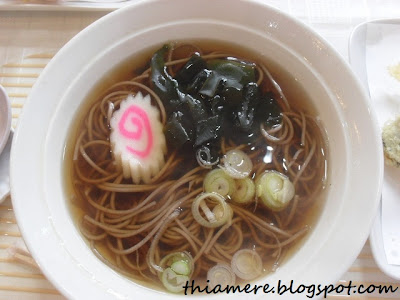 I have never tasted Soba this good!
If you are hesitant in trying out japanese noodle dish, start out with this one. I'm sure you'll love it!
Especially for filipinos since the soup base is actually sweet, not too sweet though. Just enough to give your taste buds some sweet tender loving!

The soba is firm yet soft.
Unlike other noodle dishes that i've tried where the noodles are overcooked it just crumbles with the touch of your utensils. It doesn't have any strong taste so it compliments the soup base really well. I just hope that put in a couple slices of kamaboko. I like kamaboko!

I didn't put the tempura in my soba because i don't want to drench it with the soup. I rather like it crispy! 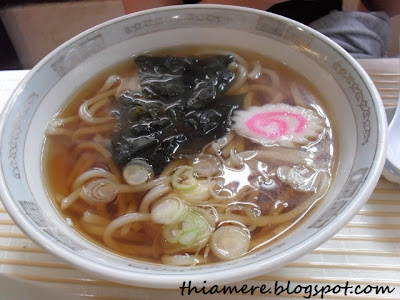 I just also tasted her soup & compare to mine, the udon soup base is not as sweet as mine. I guess it compliments the udon better with the soup base as being savory better than sweet. 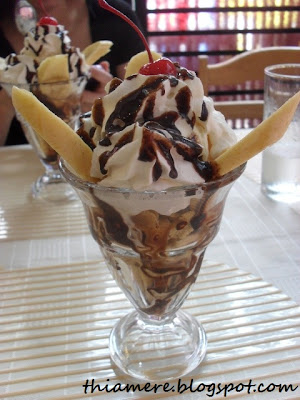 banana parfait - Php 180
One of the classic japanese dessert!
I was actually looking for pudding on the menu but since they don't have it so i just copied Lea's order too.hehe

I thought that it's just one of the usual sweet treats that you can order from common dessert shop. Actually, it almost is. The only difference is in the ice cream that they used. I think it's a vanilla flavored home-made ice cream! The texture is really different but i think that's what made it quite special!

Unfortunately, it was drowned with the big dollop of whipped cream & choco syrups but it's still nice to know that it complimented everything perfectly.

The bar for my taste of japanese food has just been raised when i dined at Hana!
Oh, one more thing, Hana is known for their takoyaki.

I tasted their takoyaki the first time i dined there together with Walter. It's good!
Well, im not a fan of ginger so i didn't really like it because of the Beni Shoga, but it's way better than the takoyaki that you buy at the mall. I guess next time i buy takoyaki, i'll just ask them to hold off on Beni Shoga. hehe

We also went to Teppen to buy some groceries... as if i didn't make a stop at Choto Stop for my furikake fix..hehehe 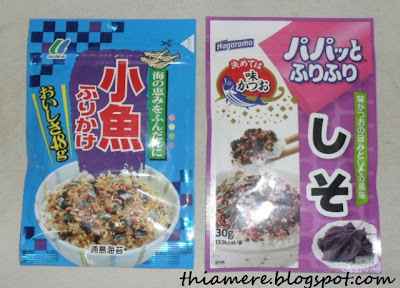 furikake - Php 80 each at Choto Stop
I could live with furikakes alone! hehe
I'm not sure about the shiso furikake though. That's the first one that i've opened. I like sesame leaf but this shiso furikake is quite overwhelming.. hmmm... 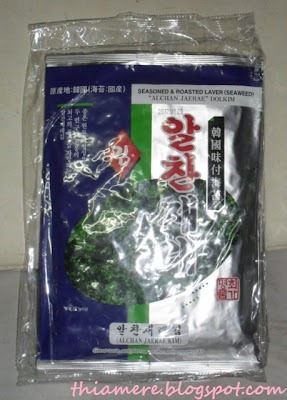 seasoned laver (kim) - Php 45 each ( i bought 5 packs)
I love love love Kim/Gim!
I actually prefer this over Nori.
I just can't describe it but it's more delicious... 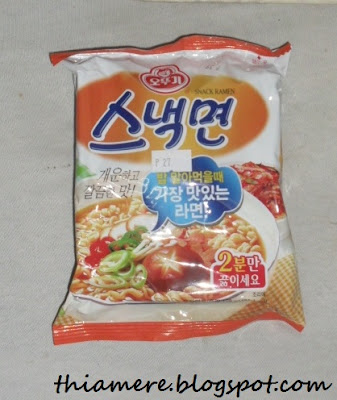 instant noodle - Php 25
I'm sorry but i don't know what kind of noodle this is. I think it's still ramyun... just not spicy.
Unlike the Shin ramyun that is soooooooooooooo spicy it makes my ears itch, makes my face red, makes my eyes teary & makes me sweat tons!
LOL 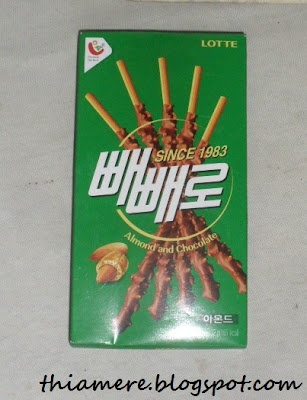 Almond Pepero - Php 39
Yes, it's only Php 39!!!!
Compare to Almond Pocky that you can buy at SM for double or sometimes even triple the price, this one is only for less than a dollar! I actually got 3 boxes but i gave it to my brothers. hehe

Then finally, as if the banana parfait wasn't enough. I asked Lea to also try out their ice creams. She bought an Ice Cream Sandwich, while i got the Double Bianco! 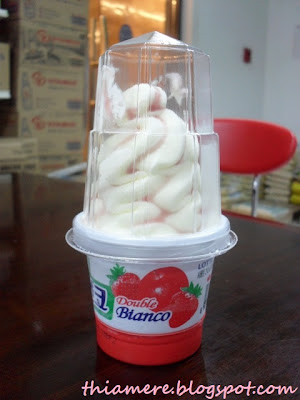 Double Bianco - Php 55
It's not named as Double if it isn't double!

I am one happy & full lady! 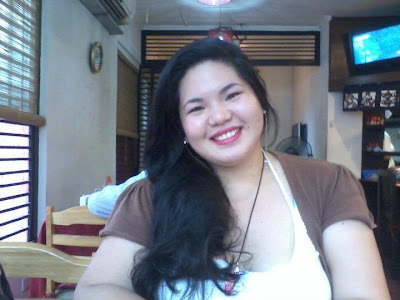 I loooooove Little Tokyo!!! I wouldn't mind if you keep on posting more food stuff like this. Then again, maybe your blog would focus more on the "what else's" instead of the beauty stuff :P

korak!
i have to go back ulit!
i will try all the resto sa little tokyo...especially the one that has the okonomiyaki!
yay!
^_^ 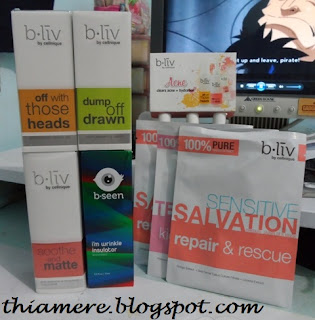 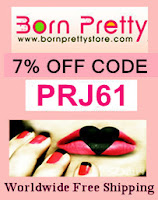